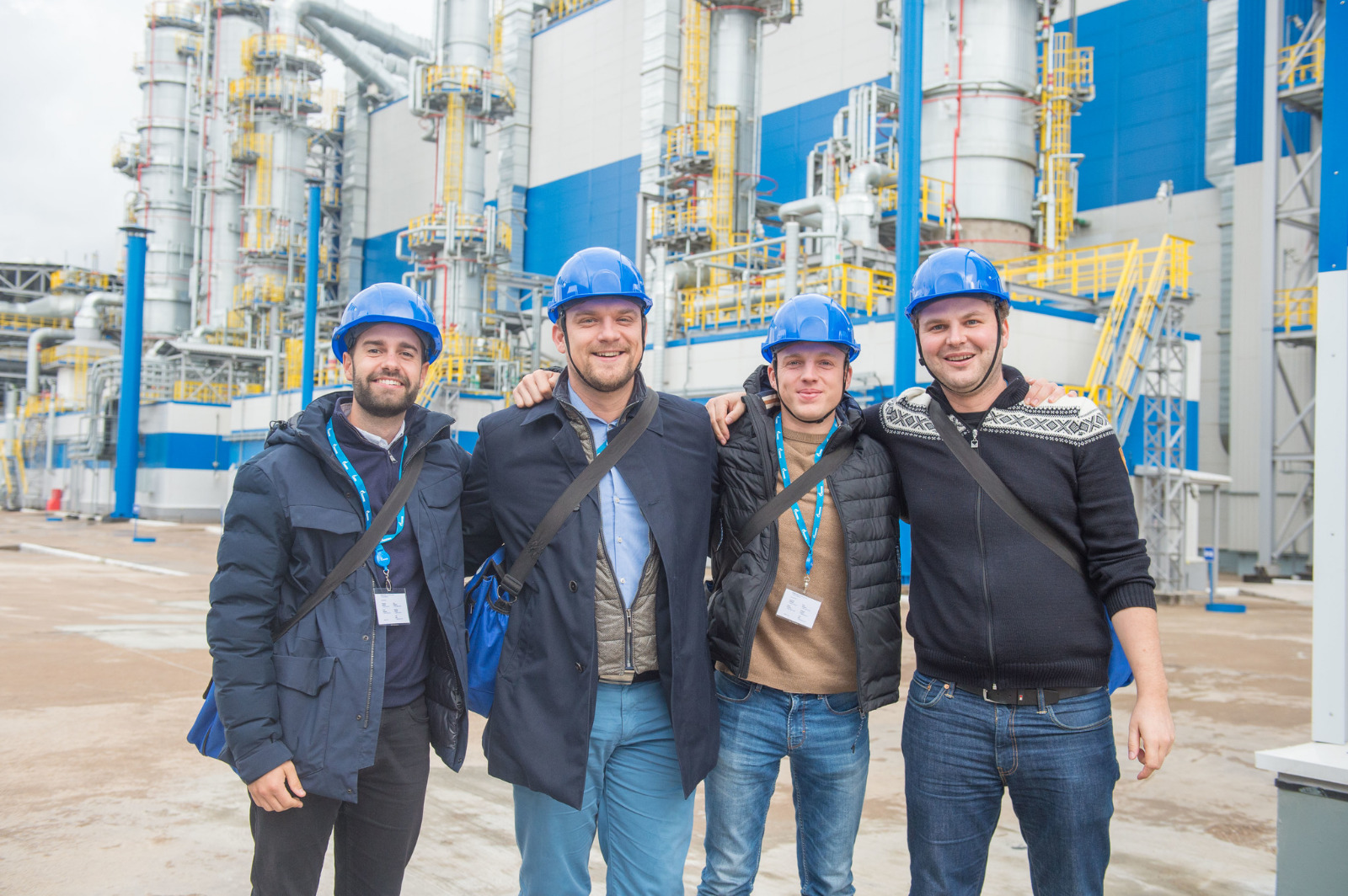 Every two years the largest and most influential oil and gas company in the world — Gazprom PAO — organizes a field trip for students of all ages to visit one of their production sites, industry branches or research centers. The students come from all over Russia and from the best universities of Eastern Europe and Asia: Belarus, Azerbaijan, Poland, Kirgisistan, and Germany. Since ten years now, Gazprom Germania offers three students from the MIEEBA-Master’s program a scholarship to take part in this trip to Russia.

In the past, the field trips headed for Kamchatka in the Far East, to the Sakhalin Islands, to West Siberia and to Sochi. In 2018, three of us had the chance to visit Ufa and Salawat. These two cities lie in Bashkortostan, a republic in the South of Russia bordering Kyrgyzstan. The region is one of the richest in oil, gas and other petrochemical products in Russia.

Ufa is home to the headquarters of the regional Gazprom company, which supplies Russia with the highest amount of lubricants. In Salawat, a small city only a hundred kilometers south of Ufa, is one of the world’s largest acrylic industry sites, providing not only Russia but large part of Europe, East Asia and the middle east with chemical products.

We applied for the scholarship in June and were granted it two months later. After receiving the visa from Gazprom (which provides not more than 100 visa per year to non-company visitors to Russia!) we were ready to start our adventure in the South of the largest country in the world. On a monday afternoon we met our supervisor — and Gazprom Germania Head of Public Relations — Nikias Wagner at the Schönefeld airport in Berlin. After receiving the first instructions we headed for Moscow to stay at the student dorms of the Gubkin University for Oil and Gas for one night. Gubkin is Russia’s most renowned university when it comes to engineering, oil and gas, training the future leaders of the Russian energy industry. We met our first companions who would share with us our experience in Bashkortostan. They were students in engineering from Minsk, Tyumen and Saint Petersburg, business students from Moscow and East Siberia and geology students from Kazan and the Caucasus region. Waking up very early the next morning we were received by a fleet of Gazprom busses which drove us straight to the Vnukovo airport in the South West of Moscow. It’s the smallest of the three airports and has its own terminal for business airplanes – this is where we boarded. For the next three hours we enjoyed the best service a Gazprom CXO could imagine, flying in a Gazprom Avia plane (just offered for the study-trip) directly to Ufa. Once we arrived in the small and cozy city, we met all of our co-scholars. Being more than 60 students in total, we were split into groups and had a personalized two-hour guided excursion through the city where we learned about bashkirian traditions, the history of this special region and even did some honey tasting. Side fact: Bashkortostan is known for two things: petrochemicals and honey.

Like the day before, on Wednesday we woke up very early: it was time to see the HQ in Ufa and discover the research facilities of one of Russia’s technology hubs! We were received by the Head of Gazprom Ufa who gave us a warm welcome and showed us the research and development branch of the company. It does not only offer professionals the opportunity to improve Gazprom’s equipment and technology but also allows students from all over Russia to share their acquired knowledge and test their hands-on-abilities. During the whole week with Gazprom, the possibility of doing an internship or even starting at Russia’s most valuable private company was offered frequently – which almost all of our new friends considered self-speaking a forward-looking and serious option. Not only to this very first moment when we met the Head of Ufa’s branch we had the chance to speak to high rank coworkers but during the whole week. The same day we were shown a dispatcher facility at the HQ as well as a compressor station in the outskirts of Ufa. This facility enables gas and oil to be transported over thousands of kilometers to the cities of Moscow and Petersburg but also straight to Ukraine, Belarus and Western Europe. We learned about the newest advancements in logistics technology, how the company assures its low rate of accidents in this highly dangerous industry and last but not least how to produce and transport the oil from the center of Asia – in the middle of nowhere – to Leipzig, Berlin and Munich.

On Wednesday evening we could attend a magnificent gala. During this event students from all over Russia presented their home universities: singing, dancing, presenting their achievements and showing their regional and local pride. We did the same and presented not only our home university of Leipzig and the MGIMO but also our special Master’s program. We had a great night with the other students and the gala event offered several opportunities to talk to heads of the branches and different offices of Gazprom, and significantly extended our network in Russia. This was one of several moments where we again got in touch with the famous russian hospitality and enthusiasm for the european and especially german culture.

On the fourth day of the study trip we were granted insights to the Russian Oil and Gas industry which only a small amount of Europeans can talk about. Besides visiting different business and research sites we entered the great acrylic production site in Salawat. During this day trip we learned about the chemical processes, the production chain and the importance of this site for the whole world, specially for Europe and Russia itself.

This same day we took an Gazprom Avia flight back to Moscow where we stayed for a last night before heading back to Germany.

Concluding our time in Bashkortostan we can say that it was a highly interesting and most impressive experience where we once more had the chance to get to know not only the „Russian soul“ but also acquire deep insights into the practical work of Gazprom in one of the resource-richest regions of Russia.